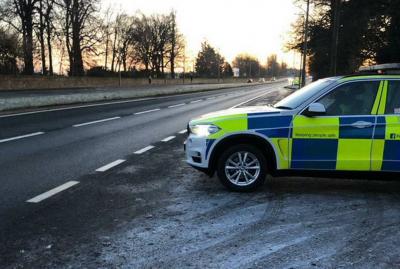 The number of drink drive deaths on Scotland’s roads has doubled in the last ten years.
A report from Transport Scotland shows there were 20 fatalities in 2020 (the latest year for which these estimates are available) – compared with 10 in 2010.
The overall number of alcohol-related casualties was down, however, by 66% over the same period – from 740 to 250.
Half of Scottish motorists (49.5%) involved in a crash last year were breathalysed by Police, with 3.5% testing positive.  This failure rate has been rising over the past few years.
“At nearly 50% the proportion of breath tests by Scottish Police is higher than England & Wales, where only 40% of motorists are tested after an accident,” comments Hunter Abbott, managing director of breathalyser firm AlcoSense.
“The failure rate in Scotland is also much lower, at 3.5% compared with 6% over the border.
“It’s encouraging to see drink drive accidents decreasing - but 20 fatalities is 20 deaths too many.
“Whilst the lowering of the legal limit has resulted in a hardening of attitudes towards drink driving, there’s still a reckless minority who flout the law”.
The highest testing rate was in Dumfries & Galloway where two thirds of motorists were breathalysed after an injury accident.
But in Greater Glasgow it was just over one third – despite the City being the drink and drug drive hotspot of Scotland.  Crime data shows there were 917 ‘driving under the influence’ offences in Glasgow in 2021-2022, higher than anywhere else in the country.
The biggest failure rate was in Ayrshire where 5% of drivers tested positive after an accident, despite being one of the lowest areas the previous year.  In Fife just 1% of motorists failed the test.
The Scottish drink drive limit was lowered in December 2014 from 80mg of alcohol in 100ml of blood (0.80‰ BAC) to 50mg (0.50‰ BAC).
Even at 0.10‰ BAC (one fifth of the Scottish limit) you are still 37% more likely to be involved in a fatal crash, research shows.