Drunk drivers cause 15% of road deaths 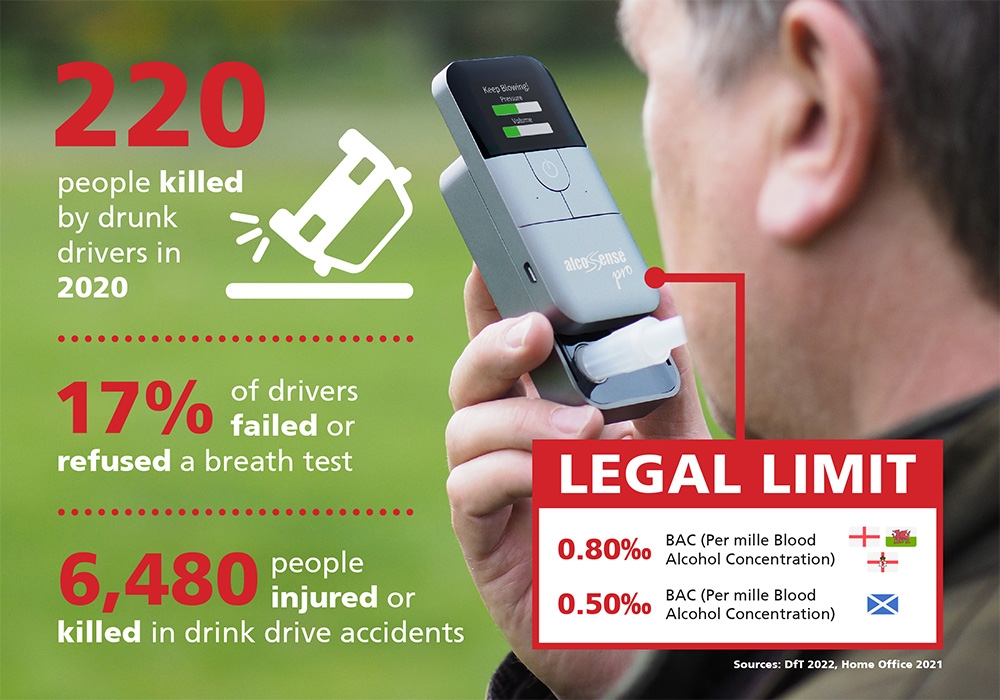 The number of fatalities in road accidents where the driver was over the drink drive limit decreased slightly in 2020 to 220 - down from 230 the previous year.

However, the overall number of reported road accidents also fell, so drink-drive deaths were a higher percentage of the total - representing 15% of fatalities, up from 13% in 2019.

Provisional figures released by the Department for Transport (DfT) today estimate a total of 6,480 people were killed or injured in drink drive accidents, compared with 7,800 the year before.

One in 20 of all reported crashes involved a drunk driver.

“This apparent fall in total drink drive casualties needs to be viewed in the context of the Covid lockdown”, comments Hunter Abbott, managing director of breathalyser firm AlcoSense.

“According to separate DfT data, traffic was down by a quarter overall in 2020 - with weekdays slumping to 35% of pre-Covid levels in April.

“Possibly as a result, Police carried out the lowest number of breath tests on record – nearly 50,000 fewer than in 2019.

“Yet research shows a significant rise in alcohol consumption at home during lockdown, increasing the likelihood of ‘morning after’ drink driving.

“Of those actually tested following a collision 3,278 were over the limit – at 5.6%, that’s the highest failure rate for 10 years”.

The Scottish Government reduced the alcohol limit for drivers in 2014, from 80mg per 100 millilitres of blood to 50mg.  However the legal limit in the rest of the UK remains 80mg, the highest level in the developed world.

Scientific research shows that at the limit in England, Wales and Northern Ireland, despite not breaking the law, you are 13 times more likely to be involved in a fatal accident than when sober.

But in a poll conducted by AlcoSense, over a third of motorists (36%) think their ability to drive is only impaired if they are actually over the legal drink drive limit.

Hunter Abbott is also a member of the Parliamentary Advisory Council for Transport Safety (PACTS).