Increase in Breath Testing by PSNI 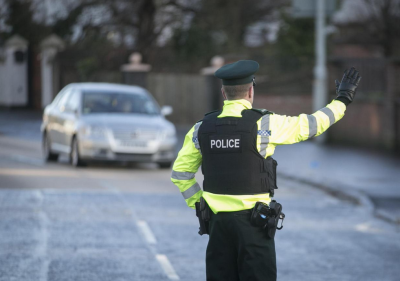 Figures released today show that 33,482 roadside breath tests were carried out by PSNI in 2021. Whilst this is an increase of 16% compared with 2020, tests were down significantly that year due to the Covid pandemic.

Just over one in ten motorists (10.5%) failed the test or refused to provide a sample.

“We are pleased to see PSNI stepping up enforcement once lockdown eased, but the number of drivers stopped was still 24% lower than the 44,116 tests conducted in 2011,” comments Hunter Abbott, MD of personal breathalyser firm AlcoSense.

Figures published by PSNI in March showed that 2,756 drink and drug drive offences were referred for prosecution in Northern Ireland last year – a fall of only 1.6% since 2014.

“At the legal limit in Northern Ireland, you are 13 times more likely to be involved in a fatal accident than when sober – despite not breaking the law,” adds Hunter Abbott. “Back in 2011, plans were announced to reduce the drink drive limit from 80mg of alcohol per 100ml of blood down to 50mg – the same limit that now applies in Scotland. These plans need to be re-examined and legislation brought forward.

“At this lower limit you are still five times more likely to end up in a fatal crash. Even a small amount of alcohol slows your reaction time, inhibits judgement and reduces both concentration and co-ordination”.

The latest report shows that 28% of all tests in 2021 were in December as part of PSNI’s Christmas drink drive campaign. The number of tests carried out increased steadily during the week, with the lowest activity on a Monday (3,343 tests) and the highest on a Sunday (6,858).

All convicted drink drivers in Northern Ireland are now automatically referred to a rehabilitation training course. Those completing the course will see their disqualification period cut by up to 25%.

Penalties for driving when above the legal limit can include six months in prison, a fine of up to £5,000 and/or a ban for at least 12 months.